A Resource and Alternate Source

When Ken Nentwig was growing up, he remembers his grandparents had a cistern in their house to store rainwater. An age-old practice has become a modern necessity as we learn how to adapt to changes in climate.

Harvesting rainwater allows for the water to be kept on site and used as a resource, rather than letting it runoff into the storm system. “Rainwater harvesting is almost like a new industry and yet it’s an age-old method of capturing the rain and using it from cisterns,” Nentwig said.  It reduces the demand on municipal or well water - aquifers- when it is available, instead of using treated water which is brought in from far away, we are able to capture the water and put it back on site. As an example, he said “We don't have to use treated water for flushing toilets, we can use rainwater for that.”

As a retired landscape architect, with four decades of landscape related experience, and sixteen years as a college professor at Ridgetown College in Ontario, Nentwig has shifted his work into independent consulting and education.

Based in Victoria, B.C., Nentwig specializes in conceptual design and feasibility to help people determine how a rainwater system will work on their property and what parts will be needed.

With longer and heavier bouts of rainfall, we continue to see excess stormwater runoff from roads and buildings, especially in urban areas where the dated infrastructure is unable to keep up with climate changes. That’s why we have flooding, Nentwig said. “As storms become heavier and less predictable and as droughts become longer and deeper, we’re finding that rain water harvesting is one of the tools we can use to help mitigate the extremes that we’re witnessing and solve some of the problems of old infrastructure that does not handle the new way things are happening around us.” 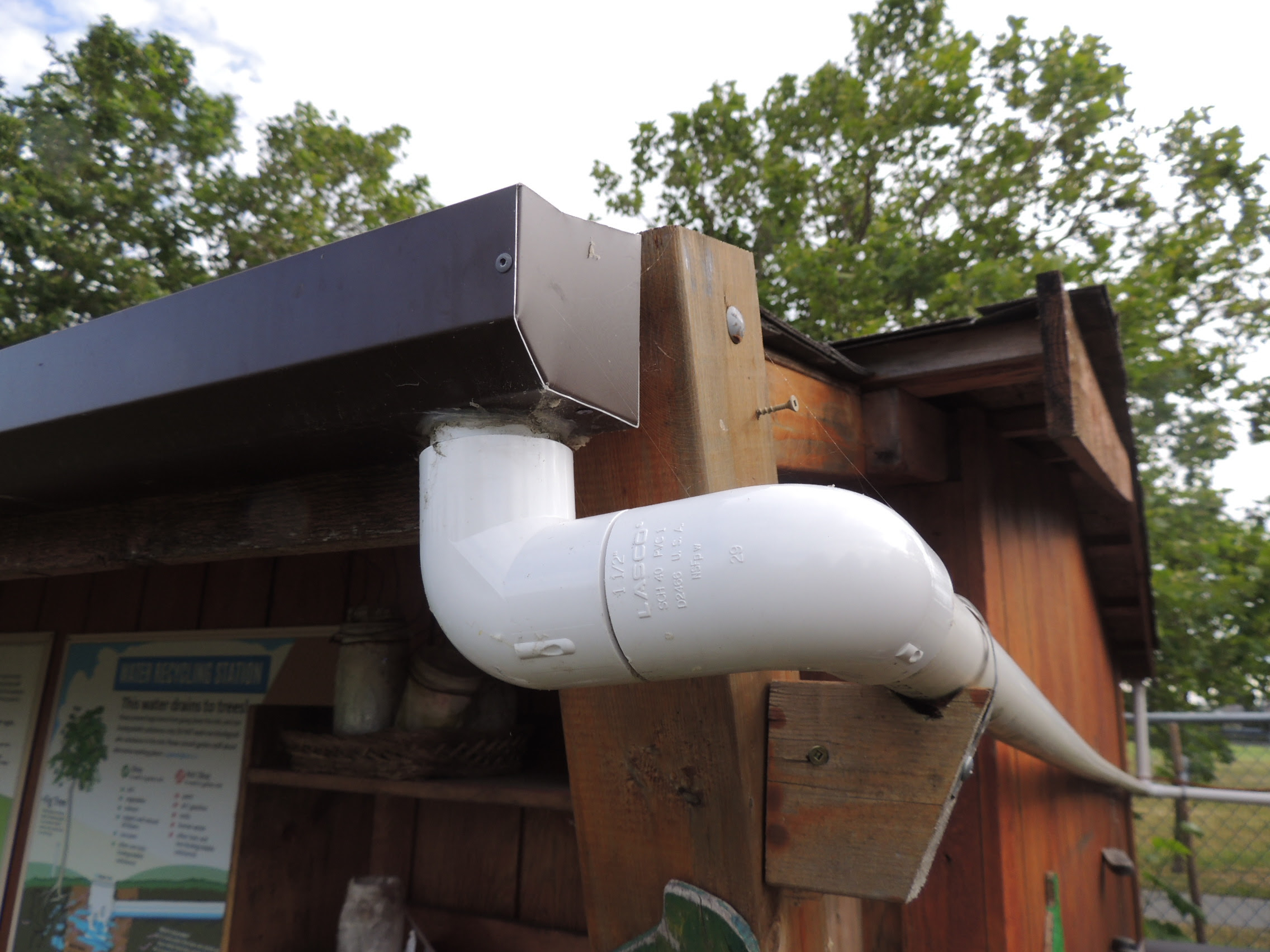 A downspout-to-pipe connection in a community garden at the University of Victoria. Ken Nentwig photo

Most municipalities have a treatment plant that brings in water from wells, lakes or the ocean. After treatment, the water is sent off to buildings, Nentwig explained. “If we don’t have to do that, we don’t have to spend all the energy and we don’t need to have that infrastructure if we can keep the water that lands there, on site and use it.”

The City of Victoria has a rebate program for those who practice sustainable rainwater management on their property through the use of rain gardens, green roofs, bioswales and other systems. When harvested in a sustainable way, rainwater becomes a resource and helps the man-made watersheds in urban landscapes mimic the function of natural systems, which allows water to be diffused back into the water table naturally. 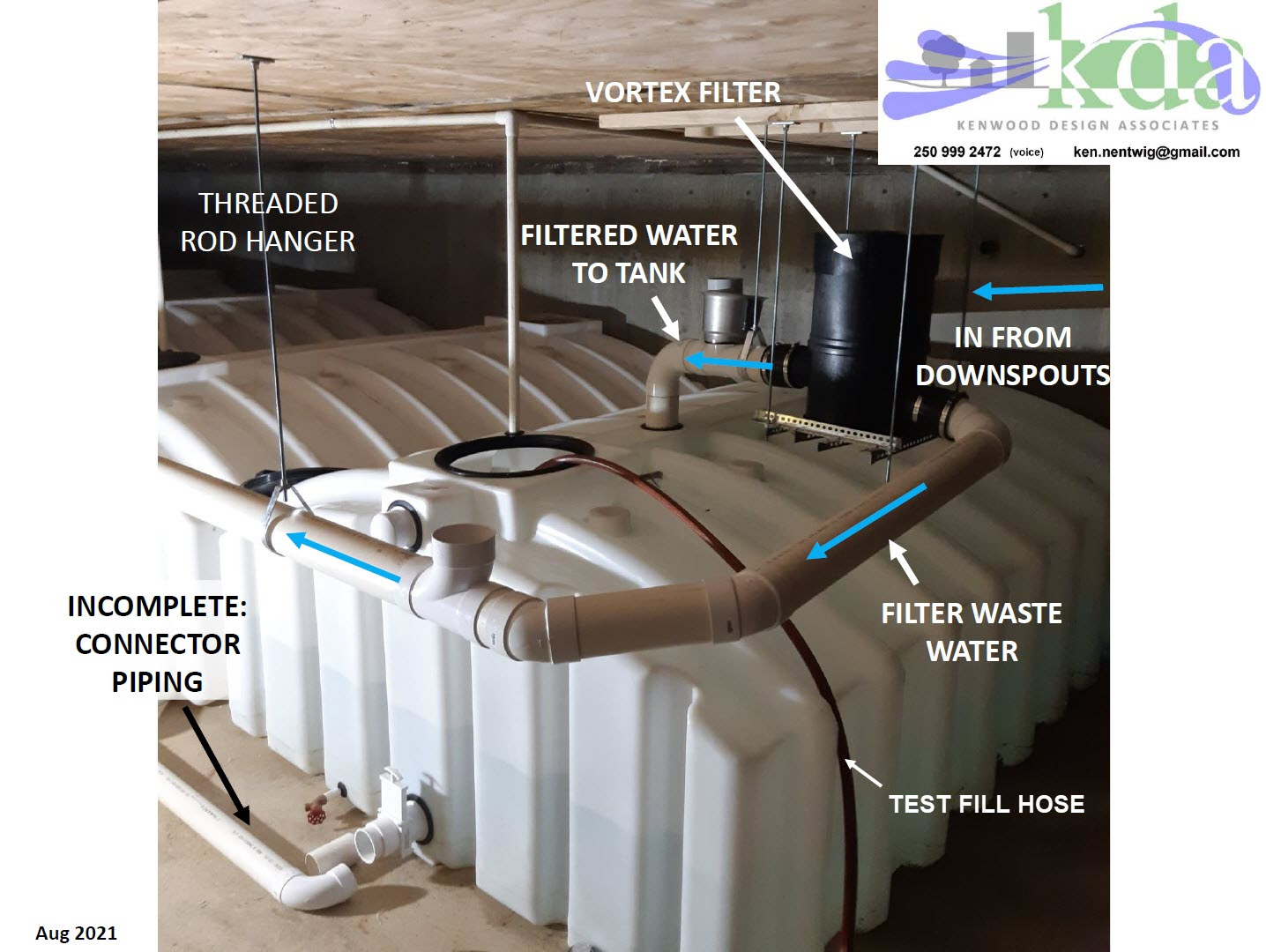 This is an in-basement tank array at a private residence in Victoria, B.C. Ken Nentwig photo

“People are starting to realize that rain water is an alternate source that is now being dumped into the sewers,” Nentwig said. “So interrupt that and make use of it.”

Nentwig has developed and facilitated online courses in Rainwater Management and  Landscape Design Basics with Sketchup Pro through Gaia College since 2011. He is also the Lead Trainer for CANARM (Canadian Association for Rainwater Management), where he developed a Canadian-based certification course, and is involved in the training programs of  the U.S. based group,  ARCSA (American Rainwater Catchment Systems Association). 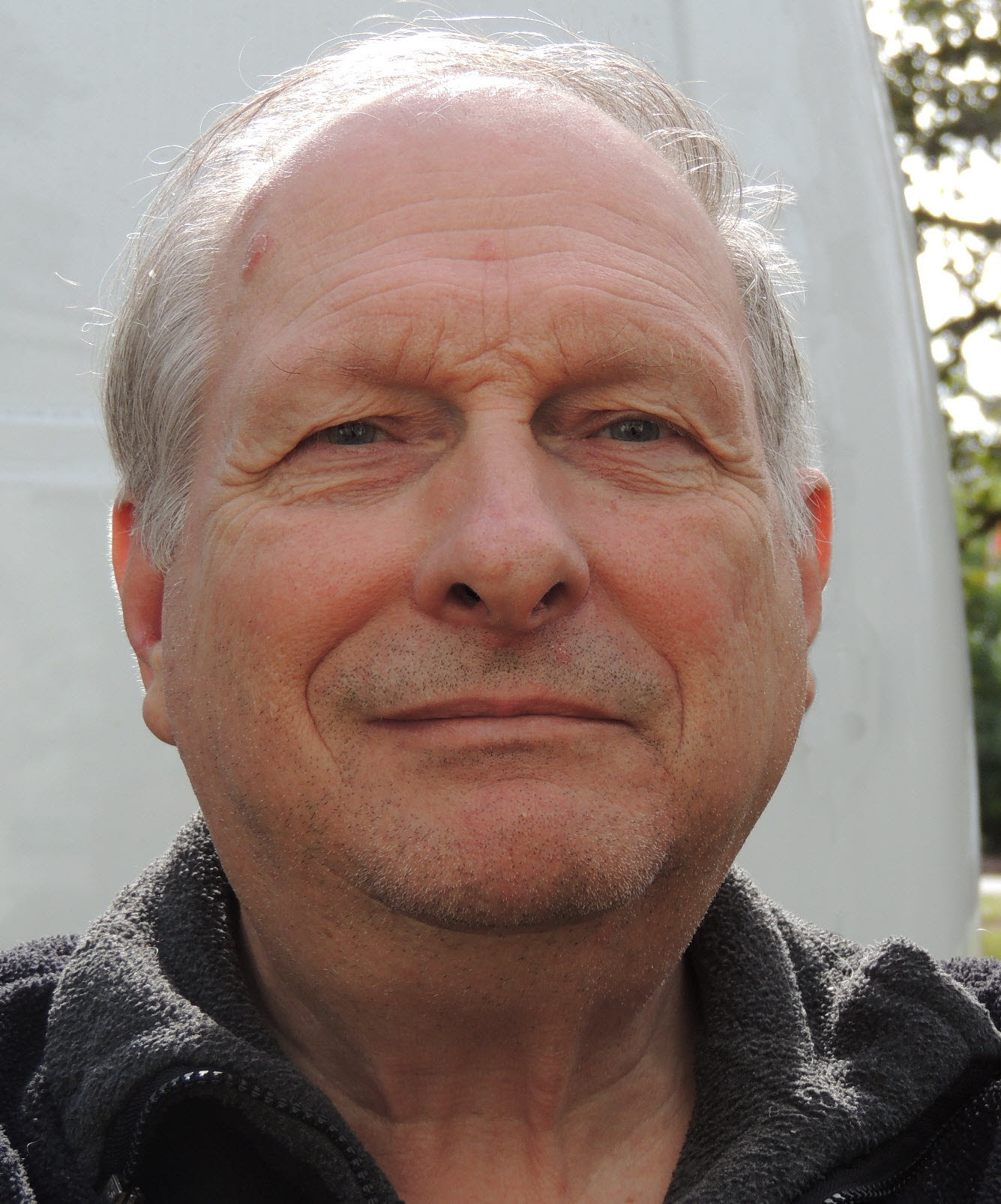 The Rainwater Harvesting and Management course at Gaia College can be an important asset to many tradespeople and areas of work including landscape architects and garden designers,  engineers, educators and decision makers within government. The next semester begins January 10, 2022.

To learn even more about Ken, some of his illustrations and conceptual design projects can be found here: https://www.behance.net/KenNentwig